this article is brought to you by: OMEGA OPTICAL

Keely Portway looks at developments made in UV sterilisation in recent years, and how advances in filters have opened up new applications by alleviating safety concerns

UV light has been used for a long time as a method of water treatment and sterilisation, with some of the first applications dating back to the 1950s.

Understandably, the last two years have thrown the spotlight firmly on sterilisation and disinfection – with great importance placed on ensuring that microbes are removed from spaces in which people need to be present, such as in hospitality, healthcare, offices and transport applications, to name but a few.

UV light offers a number of benefits when it comes to sterilisation. Short-wavelength UV light (UV-C) operates between 200 and 280nm, the wavelength range in which nucleic acids in a microbe absorb the light – which, in turn, disrupts their ability to replicate or express necessary proteins. This can kill cells in bacteria and lead to inactivation in viruses, effectively disinfecting spaces without the use of bleach or other harsh chemicals.

With this in mind, one might reasonably wonder why – at a time when panic-buying of disinfecting wipes and anti-bacterial hand gel led to shortages in shops – UV disinfection was not hitting headlines in mainstream media. According to Mike Humphreys, operations director at Biocare UV, a specialist in pandemic protection products using far-UVC, there are a few reasons behind this. ‘I think there were partly economic factors at play,’ he said, ‘because people had to be extra careful with money during the uncertainty of the pandemic. But the truth of the matter is that we’ve got to overcome this issue of trust with UV.’

Indeed, the widespread use of UV in public settings has historically been limited because of the carcinogenic and cataractogenic properties associated with conventional UVC light sources. However, more recent developments in research and academia have successfully demonstrated that far-UVC light in the 207 to 222nm range can efficiently inactivate bacteria without causing harm to the skin.

A 2020 study from a team of researchers at Vagelos College of Physicians and Surgeons at Columbia University Irving Medical Center, led by Dr David Brenner, demonstrated inactivation of over 99.9 per cent of an airborne seasonal coronavirus when exposed to a particular wavelength of ultraviolet light that is safe to use around humans.

The long and the short of it

According to Dr. David Welch, associate research scientist at Columbia University: ‘The research group had the idea to look at short wavelengths of UVC, specifically for their potential benefits in terms of significantly reduced health hazard for humans. What they recognised is that if you go into shorter and shorter wavelengths, the absorption of proteins within the skin, or the tear film starts to skyrocket. It increases so much that any absorption is limited to the very top layer of the skin, the stratum corneum, or within the tear layer over the eye.’

Omega Optical, an expert in custom filters that block light in the 230-300nm range was one of the suppliers of bandpass filters for this study. Each bandpass filter used by the research team had a centre wavelength of 222nm and a full width at half maximum (FWHM) of 25nm and enabled less than 20 per cent transmission at 222nm.

Sarah Locknar, marketing manager at Omega Optical, explained the technology behind such filters. ‘These types of filters are known as interference filters and they allow for some wavelengths to get through the filter, but other wavelengths are reflected back from the way they came.’

As well as the obvious benefits in terms of preventing the more hazardous emissions from escaping, these filters have the additional benefit of preserving the life of the system, so system designers and equipment producers can be assured that their sterilisation solution will last. ‘Some of the older styles of UV filters simply absorb the light that’s not going through,’ explained Locknar. ‘That means that they have a tendency to heat up, and can get damaged over time. Since interference filters like ours are not really absorbing the light, they have a much longer lifetime.’

For end-users, such as the hotel companies, airlines or healthcare facilities that have arguably had a difficult enough time over the last two years, the added benefit of far-UVC is the speed at which disinfection can take place. Justin Turner, executive vice president and chief marketing officer at Omega Optical, elaborated: ‘Take aircraft interiors, for example. At the very beginning of the pandemic they had to be sprayed down with chemicals or fogged with a dry chemical that would kill the germs, but it would take a lot of time for the air to turn over inside the cabin.’

Today, there are a number of airlines implementing this type of filter with UV lamps in the cabin. ‘When the passengers have all exited it just requires a flip of a switch and the whole cabin is irradiated with this safe UV light that kills the germs on the surfaces. I think that’s another key element of this for businesses, hotels or hospitals – it’s the speed at which the technology takes effect.’

This is something that furniture, fixtures, and equipment service provider for hospitality, Promethean Hospitality, understands all too well. The company worked closely with Omega Optical to develop the PrometheanFlame range of fixtures for hotels that use filtered 222nm far-UVC light. During the development, it became apparent that such a system could be just as effectively optimised to kill other viruses and bacteria such as H1N1, Listeria, E-Coli, Influenza, Salmonella, MRSA and many more.

Larry Recklein, founder of Promethean Hospitality, explained: ‘The synergistic surprise that we found this technology is not only effective for Covid-19, it can address all of these viruses and bacteria that can cause huge problems in the food industry, for example. That’s a real benefit because even if and when the pandemic is over, we have other viruses and hospital associated illnesses that people acquire just by naturally being in that environment.’

Likewise, the consumers at the end of the supply chain have more assurance that, if they see one of these sanitation devices  in their office or at their hotel, for example, that they are protected against harmful airborne microbes and safe from any harmful emissions. Devices such as those mentioned previously undergo rigorous testing and certification, such as the IEC/EN 62471 and UL testing and certification. What’s more, the American ACGIH regulations were changed in January, in relation to the safety of filtered far-UVC. Biocare’s Humphreys said: ‘Broadly speaking, 20 times the exposure levels are now allowed in America and I suspect that Europe will follow suit very quickly. When we see those regulations change like that, I think there will be more uptake and a lot more acceptance.’

Find out more about UV sterilisation, including how the latest developments in filter technology have improved the safety of sterilisation devices, by downloading the latest white paper. 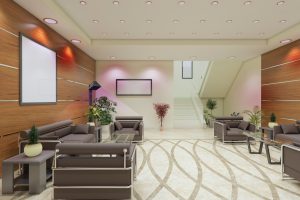 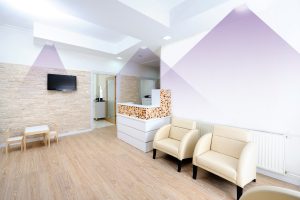 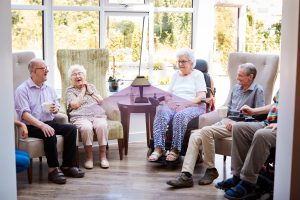 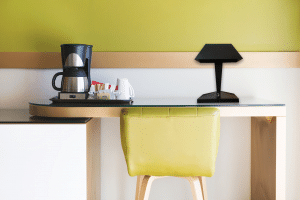